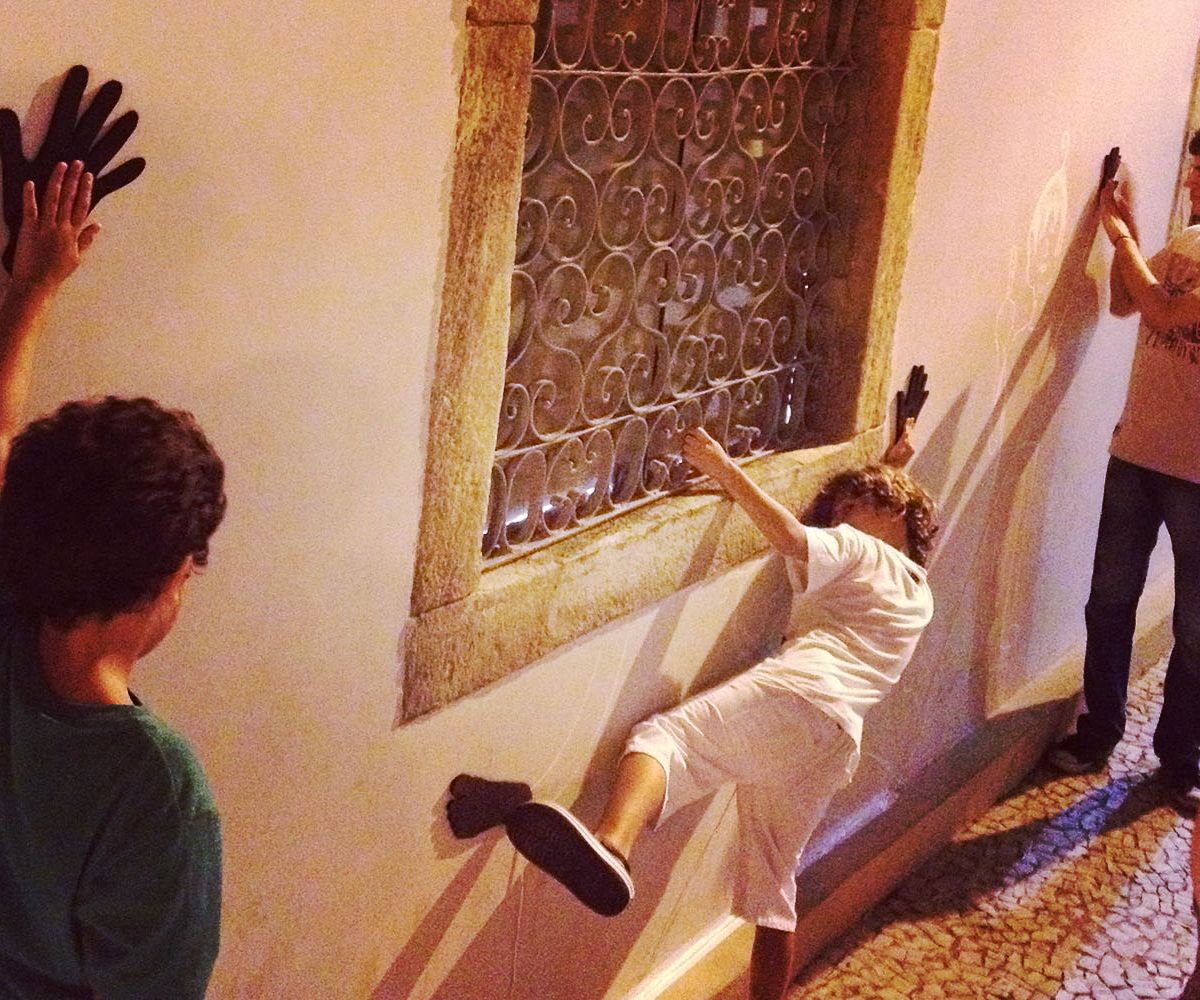 Press Play creates musical interventions that activate public spaces. Based around impromptu and transitory moments of collaborative musical play, Press Play links strangers to each other, individuals to urban space and creates moments of surprise, delight and connection.

Press Play works by installing simple, touch sensitive panels in any public space. Each sensor is programmed with a channel of a musical track, which will play when touched.

Multiple sensors can be touched to play more layers of sound, but to play a whole piece, to remix music, or improvise with sounds, it is essential for several people to play together.

Shortlisted for the Playable City Award 2014, and seen in the The Guardian, Brazilian national press, and Wired Magazine.


Hellion Trace (formerly Guerilla Dance Project) have won multiple awards for digital innovation and specialise in Augmented Dance: the fusion between movement and technology. Resident at the Pervasive Media Studio, Bristol, they create interactive installations and spectacles that have been commissioned worldwide including USA, Brazil, Ireland, Croatia, Europe, India, and Indonesia. Recent work includes Kicking The Mic, winning the Smart Oxford Playable City Commission, and Mass Crane Dance which is a spectacular meeting of music, light, and synchronised construction cranes dancing across the skylight at night.

Students from the Royal College of Art have created a fun and engaging machine so that you can really tell us about Playground.

If you have sensory requirements, or find sound overwhelming, please join us for The Quiet Hour.

The School of Noise

Children in Sheffield have been working with School of Noise during the week of Playground.

In immersive video experience that explores the identity and self-representation of children and adolescents in video from the Internet.